AJ Lee Talks Ending Feuds With Dolph and Kaitlyn, Her Character Being Single 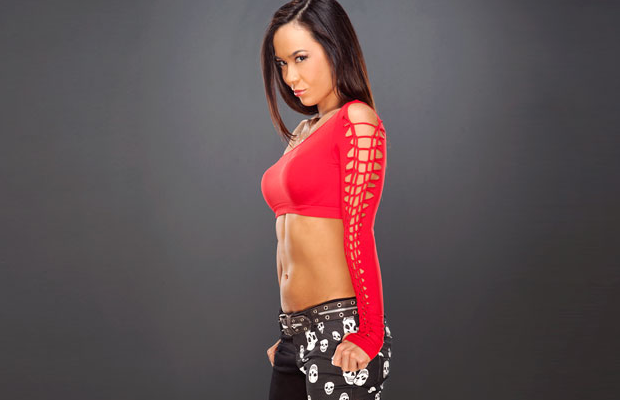 Leading up to tonight’s Mixed Tag Team match at SummerSlam, Divas Champion AJ Lee spoke candidly with IGN.com about moving on from her feuds with Dolph Ziggler and Kaitlyn, her character being single, being an atypical heel and how she encourages fans to be passionate.

Developing an unexpected friendship with Dolph: “Yeah, the really funny thing is that somewhere along the way, Dolph and I and E became really good friends, which is so weird. Especially since a year ago, I think Dolph and I actually hated each other… just for no reason! We were just like, ‘We’re so opposite.’ Like, ‘He’s such a douche bag,’ and he thought I was the biggest nerd. We were just mean to each other. And then to work together so much, where we are traveling together and go to dinner together and we enjoy each other’s company, it’s so funny to me.”

Moving on after SummerSlam: “It feels like we’re all going to leave SummerSlam and go our separate ways, and that is the saddest thing in the world to me. But it’s really cool that three of my best friends right now in the industry will all be together at Summer Slam.”

Her character being out of the limelight: “It’s scary territory because, who knows, I could be gone for a little while. It might be time for some other people to step up, and I think we have a lot of girls that are doing some cool stuff right now. It might be their time to shine, and I’m okay with that. So it might be kinda cool to take a step back. But it’ll also be interesting to see what I can do on my own. I don’t think I’ve been by myself for awhile. I have E, but he’s not even allowed to be out there for my matches anymore, so I feel very much alone. It’s kind of scary to see what I can do by myself. We’ll find out.”

Being in the fans’ shoes: “Any time there’s a girl crying, it reminds me of that. I’m like, ‘It’s just me! I’m such a loser.’ I feel like I should be in line with everybody getting somebody’s autograph, because that’s what I did.”

Making her Diva style easy to imitate: “I wanted you to be able to go to a mall and buy my outfit. You could literally go to a Target and get everything that I wear on TV. So that’s the coolest thing in the world to me.”

Her character having shades of gray: “I can see where she’s very much right in the situation with Dolph. He just had a concussion, Del Rio was pulling down his knee brace, he was going to give him another concussion, and I stepped in and tried to protect him. And then I get dumped and then made fun of every week and then speared even week and I’m not starting a fight with anyone. [Laughs] So I think that’s kind of hilarious, that I’m supposed to be the bad guy. But I like that. I like that it’s up to how you interpret it. I think that’s more fun to play, and I think people respond better when they get to make their own choices.”

You can read the full interview by clicking here.

Do you want to see AJ stay single?