All I Want for Christmas… 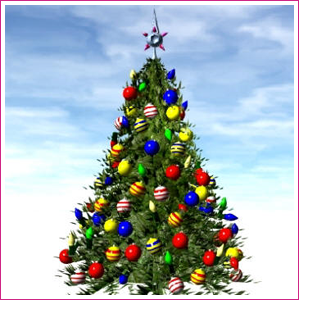 Christmas, as Joey once said on Friends, is about having and sharing, giving and receiving… I figure I’ve been pretty darn good this year, so how bout it Santa, make a girl’s dreams come true? I know I’m late with my wishlist and all but like I say, I’ve been really good.

And if you don’t make it happen, I’ll find a witch doctor that’ll give Maria and Candice, Divas and Women’s Championship reigns respectively. And no one wants to see that! Here’s what I want for Christmas, pretty please!

– A Women’s Championship reign for Melina, hopefully winning the title at WrestleMania 25.
– For Gail Kim to hurry up and get her butt on TV and kick some SmackDown ass.
– Speaking of SmackDown, how’s about a Divas Championship reign for Natalya?
– And speaking of Natalya, move her to Raw during the Draft and go ahead and give her a run with the Women’s title too. Who better to make history than the first ever third-gen Diva?
– Please Santa, make sure Layla isn’t wished well in her future endeavors. I know she doesn’t do much but we love her anyway.
– And Santa, being a symbol of goodwill and cheer, help us be rid of Maria and Candice!
– Let Kelly Kelly‘s pseudo-reality show (“From Slutty to Superstar”) continue on in 2009. She’s proving a lot of people wrong and we’re kinda beginning to like her…
– Sprinkle a little pixie dust on Beth Phoenix to ensure she’s as entertaining on her own as she is right now with Santino, coz we so know they’re headed to Splitsville.
– While you’ve got said pixie dust out, a little for Michelle McCool too? Girl’s got the skills now all she needs is a little more personality.
– Let us not forget our little French poodle, Maryse. May her star continue to rise, but try not to overinflate her ego. As much as I love her, she seems like the kinda gal fame can get to easily.
– Give us some shiny new faces that can wrestle and look hot!
– Be nice and let Victoria retire gracefully!
– And last but not least, let 2009 top what has been a rather great year for our Divas in ’08.