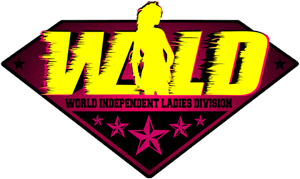 Pro Wrestling SUN president and ‘Untitled’ host, Allison Danger has joined the WILD Wrestling roster. WILD is a female promotion based in the California area.

LAS VEGAS, NV. – Allison Danger, one of the most recognizable and influential women in the indy scene today has agreed to wrestle for the World Independent Ladies’ Division. Danger is an 11 Year veteran of the squared circle, having worked all over North America and Japan, and is the co-founder of SHIMMER Women Athletes, the most popular all-women’s pro wrestling company in the world. Now, she is on the regular roster of WILD.

Aside from SHIMMER, Danger has worked in Ring of Honor, WORLD-1, the original ECW, Jersey All Pro Wrestling, IWA Mid-South and has won numerous major women’s championships.

We at WILD Wrestling are proud to now call Allison Danger one of our own. She is a major threat to whomever she faces and is certainly a top contender for the WILD World Championship.
Allison Danger also hosts a popular podcast on www.diva-dirt.com
WILD: The World Independent Ladies’ Division, founded in 2010, is a traveling women’s division.  The WILD World Championship can be defended against any woman in any independent wrestling company.  To bring the WILD Warriors to your indy federation, please contact Travis Leland at [email protected].
WILD Website http://www.officialwild.blogspot.com
See WILD’s Facebook: http://www.facebook.com/pages/WILD-Wrestling/154415837937950
Follow WILD on Twitter: http://www.twitter.com/WILD_Wrestling