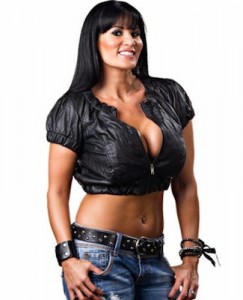 Add original Knockout Traci Brooks to the list of former talent who turned down the chance to appear at TNA’s Knockouts-only pay per view taping this past weekend.

The company is due to film the taped show – titled “One Night Only: TNA Knockout Knockdown” – next weekend to help fill the gap left by TNA’s decision to only air four live pay per views per year.

Hot on the heels of former Knockouts Champion Angelina Love revealing she won’t be on the show, Traci wrote back to a fan: “I won’t be there I had to decline, this time!”

@genuine_risk sorry Linda I won’t be there I had to decline, this time!

Despite two former stars turning down the offer, thankfully for TNA, they have a slew of women on their alumni list to go along with the current Knockouts.