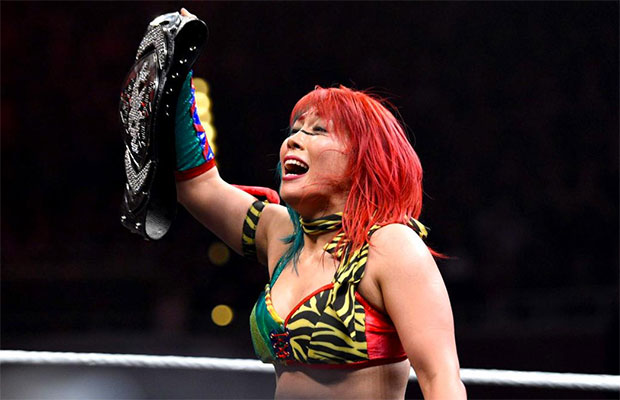 On April 1st, 2016, Asuka challenged NXT women’s champion Bayley for the most prestigious title in the women’s division at NXT TakeOver: Dallas.

And after a gruelling and enticing fight, it would be Asuka that would rule victorious, walking away as the new champion.

Since then, Asuka has taken on all competitors such as Nia Jax and even Mickie James. Still, no one has yet to beat her.

For 274 days (and counting) Asuka has held onto the title, therefore surpassing the inaugural champion Paige’s reign.

The Anti Diva won the championship on July 24th, 2013, where she defeated Emma. Her reign would come to an end as she vacated it after debuting on Monday Night RAW.

The current stance of the title’s history is as follows:

After realising the record change, SmackDown Live and NXT commentator Tom Phillips took to Twitter to congratulate the Superstar:

The Empress of Tomorrow is breaking down barriers for Asian women in mainstream wrestling, and this is only the beginning.

How do you feel about this? Who, if anyone, do you think will end the reign? Let us know your views in the comments below!