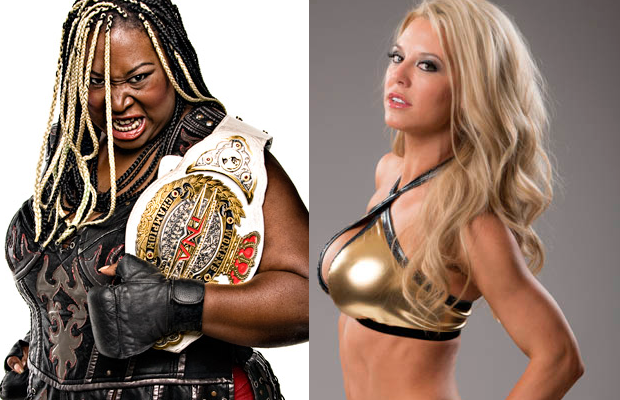 Awesome Kong and Taryn Terrell have shot down rumors of their TNA departures.

The rumors, which originated from a fan’s tweet and were substantiated by The Wrestling Observer, claimed that both women were finishing up with the company at Slammiversary.

TNA executive Bob Ryder first dismissed the rumors on his Twitter account, followed shortly by personal denials from the Knockouts themselves:

Contrary to rumors, @IMPACTWRESTLING and I will ring in the new year together & I'll 'deck the halls' of anyone who says otherwise #staying

Both Awesome Kong and Taryn compete on tonight’s Slammiversary Pay-Per-View, which airs live at 8pm ET.