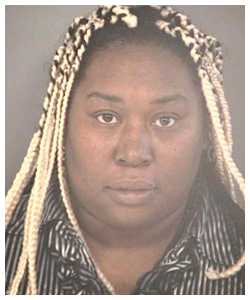 The incident, though earlier this week, only came to light today via PWInsider. Diva Dirt has since seen Ms Stevens’ arrest record which can be found here and includes the former Knockout’s booking photo.

Thoughts: It really has been a tough year for Kong and this is not something you want to see happen during the holidays. Here is to a better 2011 for her!