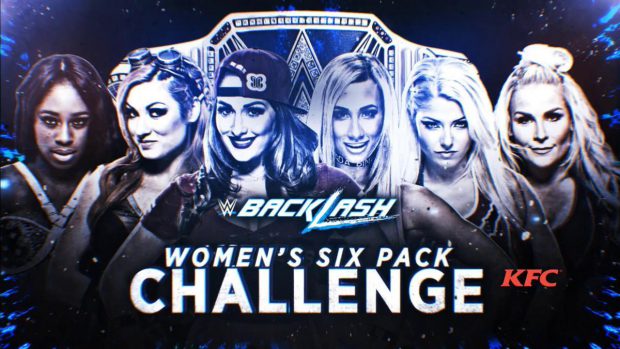 Abir: As a face is usually the first to be eliminated, I see Naomi taking the “death slot” as she unfortunately has the least momentum going in. Also, I believe that Alexa Bliss will be the one to eliminate her as the crowd is pretty hot on the former Funkadactyl and it’ll give Bliss some great heat by doing so. Becky will then eliminate Alexa as this opens doors for SmackDown to continue the (kind-of) feud between the two, as well as maybe add Naomi into the mix. Natalya will then be eliminated by Nikki Bella as defeating a tough opponent that is also a veteran will give Bella the momentum needed from the crowd. Becky will then get inevitably distracted or receive some kind of dirty tactic and then be rolled up by Carmella for a three count. And then (though this may be more of a dream than a prediction) as the match goes on for a few minutes, a weak Nikki Bella will distract the referee and in comes Brie Bella to do the Bella Buster on a smug Carmella. Nikki then goes in for the pin and takes the crown.

Alex: For me, I’m going to go with the unexpected and say that Alexa Bliss is taking the blue title tonight! I’m a wrasslin’ traditionalist and I love seeing heels become inaugural Champs, allowing a plucky face to step up and build up to a chase, making their eventual win feel more significant (case in point, Bayley with the NXT title and Sasha with the RAW Women’s Title). Added to this, I find Alexa to remind me of ‘01 Trish Stratus… and who won her first Women’s Championship in a Six Pack Challenge 15 years ago? While Carmella is working against Nikki and Natalya has had her big push this year, the floor is open for Alexa Bliss to take centre stage and show why she’s been just as solid as the NXT women that came before her!

Jack: I’m torn between my head and heart with this one. My heart says Naomi but my head says Becky. I see Becky and Nikki in the final two, after Carmella, Alexa, Naomi and Nattie are eliminated in that order. As much as I want Naomi to win, I would be happy with Becky as she’s amazing. Becky for the win!

Josue: Since the announcement of the six pack challenge, I’ve been having constant flashbacks to the Six Pack Challenge from Survivor Series 2001. There was a sense of unpredictability then and I believe the fresh set of talent in tonight’s match can deliver that same feeling throughout the match up until the final two competitors. I give credit to SmackDown for giving each Superstar some television time leading up to this PPV. While my biggest pick wish is to see Becky win the title, I have to go with Nikki winning this, based on her keen WWE return at SummerSlam and how things play out during this week’s go-home show.

Matthew: Nikki Bella. As the longest reigning Divas Champion in history she has the most credible resume and should have a solid reign under her belt. People may not want to see Nikki become champion one more time, but she has proved that she belonged in this industry. She didn’t get the #1 ranking on PWI’s Female 50 for nothing.

Stephanie: Honestly, any one of these women could walk out the inaugural champ and I’d be happy, that’s how good SmackDown has been at building everyone as a credible threat. However, my heart says Becky but my mind says Nikki. Before everyone says we don’t need another Nikki “reign of terror”, what separates this from her last reign is the promise of deeper competition and varied storytelling. She’s proven she belongs here and there’s room for her yet. Nikki would be a strong first champion, already having accolades under her belt. Whoever would win the title from her would get a rub in a big way. Becky deserves to win on a grander stage in a one vs. one bout. She’s already amazingly over with the crowd and she should have a Cinderella story.