Bayley vs Dana Brooke added to Hell in a Cell 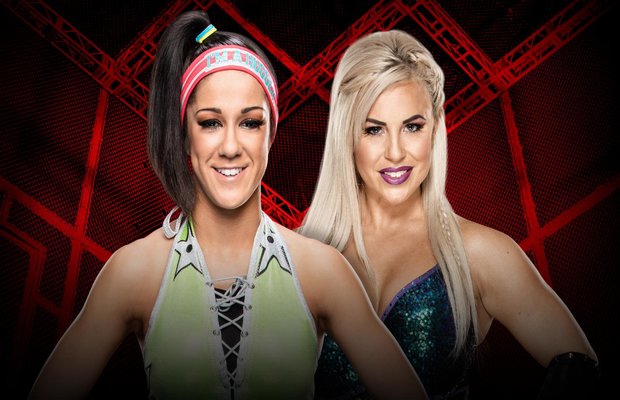 Dana Brooke has been targeting Bayley ever since the Hugster stepped foot on the main roster. Now both will get a chance to settle the score in the ring at Hell in a Cell on Sunday.

BREAKING: @itsBayleyWWE will get her official rematch against @DanaBrookeWWE THIS SUNDAY at @WWE #HIAC! https://t.co/MRT4Rjxjh3 pic.twitter.com/12q9SsNt0H

WWE had this to say about the match:

Bayley looks to even the score against Dana Brooke this Sunday when she faces her nemesis one-on-one at WWE Hell in a Cell.

The beloved Superstar has suffered Dana’s insults and sneak attacks for weeks. Tougher still, Bayley lost to the pompous powerhouse in the ring on the Oct. 17 edition of Raw, giving Dana fodder for her trash talk. Not only that, but Bayley was visibly favoring her shoulder after the match, too, and even had to be helped back to the trainer’s room by WWE officials.

Nonetheless upset that many observers still chalked up her win as an upset, Dana tried to further embarrass Bayley this past week, challenging her to an arm wrestling match and then ambushing Bayley when she was on the verge of victory. Dana’s nefarious plan backfired, however, as Raw’s most huggable Superstar turned the tables and planted Brooke with a Bayley-to-Belly.

Will Bayley silence Dana once and for all?

The updated card for the show is now as follows:

Hell in a Cell airs live this Sunday at 8 ET/5 PT on the WWE Network.

Excited for this match? Who will be the victor? Sound off in the comments below.