Before They Were Divas: Velvet Sky 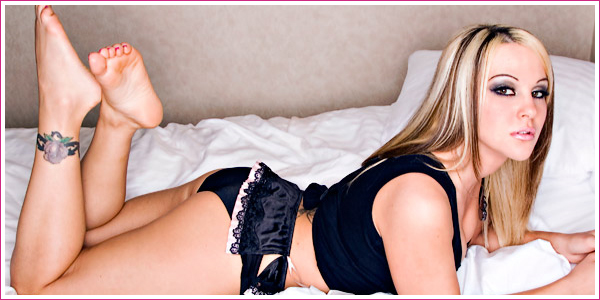 Welcome to another edition of ‘Before They Were Divas’, the Diva Dirt exclusive where we look back at our favorite Divas and Knockouts before the glitz and glamour of the “big leagues”.

Today we’re taking a look back at TNA Knockout and sidekick extraordinaire, Velvet Sky. This week on Impact, we saw Velvet take on TNA newcomer, Tara (ugh), in singles action. Believe it or not, this was history repeating itself. Back in 2005, Velvet made a one shot appearance on WWE Heat as ‘Talia’ to take on the Diva better known as Victoria with the same result.

I have to say, this match was better than a lot of Vel-Vel’s more recent work. Sure, there was an awkward move here or there, but I think Velvet did really good considering it was her first televised match. Why didn’t WWE sign her after this match is beyond me. Here you have a gorgeous blonde who can actually wrestle, yet you still continue with the Diva Search? I bet they’re kicking themselves now, huh?

When I initially saw this match, I expected it to be a total squash. However, WWE surprised me by giving the ladies a good amount of time and allowing them both to show some decent offense. My only negative comment would be Velvet’s crappy selling for the Widow’s Peak. It made the move look really fake and weak. Maybe I’m just being a perfectionist, but when I see the Widow’s Peak, I want to wince in sympathy for that poor girl. Not so much in this case.

What did you guys think of the match? Did you like it better than Thursday’s match? Leave your thoughts in the comments.