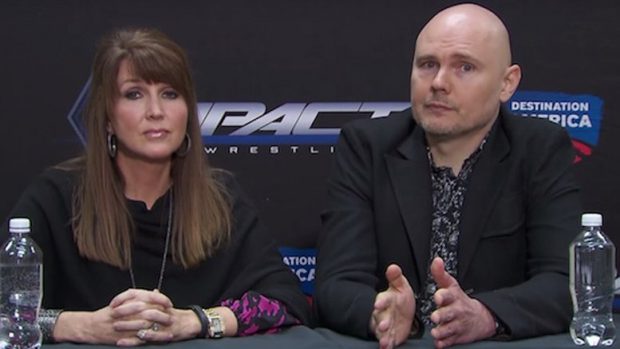 TNA has announced a new partnership with Anthem Sports & Entertainment, which will allow TNA to continue to operate. Details of this new partnership, being labeled a “credit relationship”, were released in a joint press release:

Anthem Sports & Entertainment Corp. is a global sports media company that operates Fight Network, Impact Wrestling’s exclusive broadcaster in Canada, as well as the exclusive worldwide digital streaming partner for all TNA programming. It is also an equity stakeholder of Impact Ventures.

The agreement includes the appointment of Anthem Executive Vice President Ed Nordholm to the Impact Ventures Board of Managers. The company will be managed by the Board with Mr. Nordholm representing the Board on all major operating and restructuring decisions. Dixie Carter will continue as Chair of the Company, as well as her position on the Board of Managers. Billy Corgan is no longer with the company.

TNA Chairman Dixie Carter commented on the new partnership, stating: “We have had a successful, long-term partnership with Fight Network as our Canadian broadcaster, and more recently as our global digital partner. Anthem’s team has extensive media experience, and I am excited to have that available to us as we plan for the future.”

The new partnership comes after Billy Corgan, who was named the new TNA President over the summer, filed a lawsuit against TNA, in which he was looking to gain a temporary injunction against TNA, to prevent the company from making major business decisions or sell the company without Corgan being involved in the decision.

The courts ruled against Corgan’s injunction but have ordered TNA to pay Billy back the loan he made to them. Billy has revealed via Twitter that the he has not been paid and is seeking to convert this debt to 36% ownership of Impact Ventures:

What are your thoughts on TNA’s current situation? Do you think this new partnership with Anthem will benefit TNA? Let us know in the comments below!