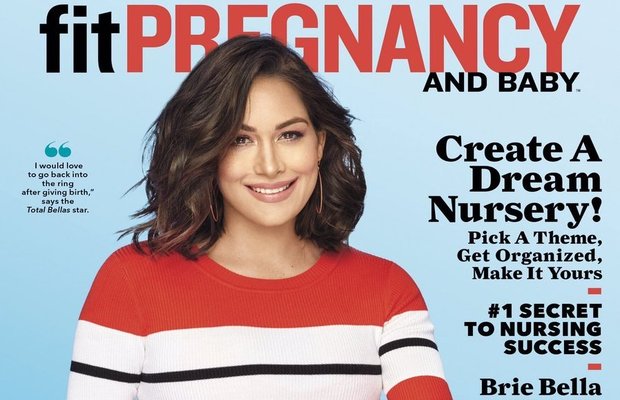 Ever since Brie Bella broke the news that she and husband Daniel Bryan were pregnant with their first child, the Total Bellas star has been on baby watch and documenting her pregnancy along the way.

In an interview with Fit Pregnancy Magazine, which Brie graces the cover of, she discusses her focus on motherhood, when she first learned she was pregnant and desire to return to the ring after giving birth. Photos and highlights of the interview below. 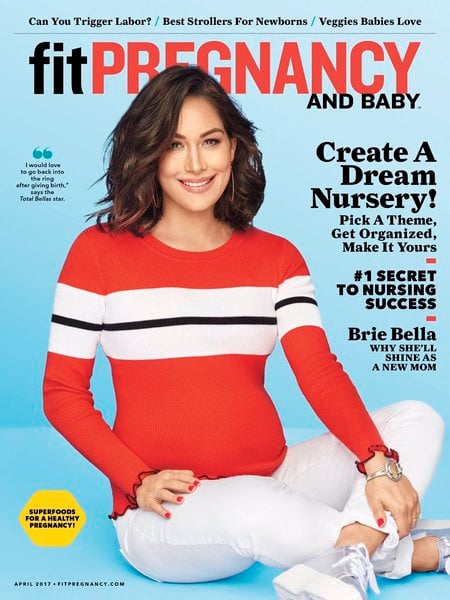 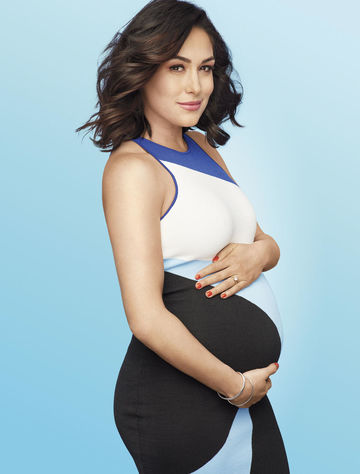 Her decision to retire to focus on motherhood: “There was no way I could get pregnant and continue to work in the ring and go on the road. I was traveling almost 300 days a year for the last decade! So I knew I’d have to step away. It wasn’t until about a year ago that I was ready to do that.”

On when she found out she was pregnant: “I was at the airport traveling to an event called SummerSlam, where my sister was making her return after breaking her neck. In the terminal, I kept thinking, ‘They need to clean the carpets. It stinks!’ Then someone told me, ‘Wow, your boobs look really big.’ I thought that I was PMS-ing, not realizing I was a week late. I waited a couple more days, and then I felt in my heart that I needed to take a test. After months of negatives, I just figured it would be negative. When I saw the positive—you know, I’m an athlete—it felt like I had won a championship! It took my breath away. I screamed out to tell Bryan.”

On how much fans will see on Total Bellas: ” The Total Bellas film crew is going to follow me into the delivery room. I’m going to allow them to document me giving birth and having this little miracle. But they won’t be with me and Bryan for a few weeks after the baby’s born. It’s such a special time that I don’t want the cameras interfering. I’m not even interested in being on social media. I just want my husband and me to be a couple figuring out that first month privately. We plan to enjoy every moment without a producer saying, ‘Hey, can we move everything over here?’ I just want to sit on the couch and breastfeed my baby”

On making a return to the ring: “I do want to make a comeback. I would love to go back after giving birth and getting used to having a baby. I’d love to start training again, for a couple of matches, just to prove to myself that I can have a baby and get back in that ring.”

Bella also discusses her plans of having a natural birth, eco-friendly parenting and confirmation of her baby’s name.

You can read the full interview and view more photos here.

What did you think of the interview? Will you be watching the next season of Total Bellas? Would you like to see Brie return to the ring in the future? Let us know in the comments below!