Brie’s More Fun Than You Can Shake a Stick at 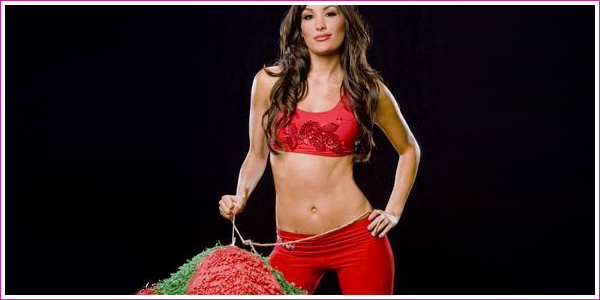 We’ve seen our fair share of random props in WWE.com photoshoots, but maybe none as awkward as this: a piÃ±ata? Now I know Brie Bella, the lucky Diva lugging it around, is of partial Mexican descent, but is that enough to include such a visual non-sequitor? Nevertheless, “PiÃ±ata Princess”, as this photoshoot has been dubbed, is still pretty good, thanks to Brie’s great looks and assortment of poses. Red is definitely her color. I must say that I’m glad that WWE gave her a photoshoot separate from her sister, but I’m pretty sure this was taken before Nikki was discovered, so I won’t give them too much credit. Besides, I’m still raising my eyebrow at the piÃ±ata – it’s just too weird to get past.

In extra Brie goodness, it’s reported that twinnie is dating ‘famous’ musician, Richie Kotzen. I know… who? Apparently he was once part of the rock band, Poison.