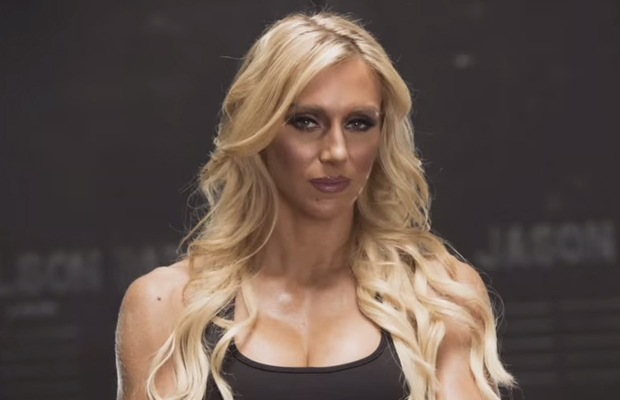 Divas Champion Charlotte recently spoke with SportingNews.com, discussing the current state of the Divas division and her hopes for the future.

Charlotte spoke about the negative feedback the Diva Revolution angle has received, acknowledging that the Revolution is bigger than the current storyline would have fans believe:

“Well, I think people always want to find something to be negative about instead of just being positive that there’s three NXT girls that debuted. I know that we all feel that the Divas Revolution isn’t something that just started when the three of us came up. I think the Divas Revolution has been around for along time, even since Trish (Stratus) and Lita. It’s just as of right now in this moment in time, there’s a bigger focus on our in-ring ability. Catching the phrase — even with Bayley — The Four Horsewomen, people want to pick fun and say, “What’s making a revolution? They’re this, they’re that.” But people are also getting to know who we are on the main roster. Just because we were popular on NXT and then bringing us up to the main roster, it’s kind of like a slogan: Divas Revolution. It’s not saying that the revolution begins or it ends or we’re the revolution or this and that. It’s more of just a catchphrase. We’ve revolutionizing women’s wrestling. We have been for years now. It’s just now there’s new faces, new characters, more demand for women’s wrestling. That’s all it is.”

She reflected on competing in Madison Square Garden as the Divas Champion, as well as her 2014 MSG debut alongside Sasha Banks in a match against Brie and Nikki Bella:

“Holy moly, I can’t believe it’s only been a year. (Laughs.) No, I was just telling somebody that it’s crazy to think that a year ago when I was the NXT women’s champion and Sasha and I were teaming up and we faced Nikki (Bella) and Nattie at MSG. Then a year later, to come back and face Nikki and Brie (Bella) and to have Becky (Lynch) as my partner but to be the Divas Champion, it almost doesn’t feel real. It just goes to show what or how much can change in a year because ever since I got to FCW and then I was in NXT, you obviously work towards a goal. I wanted to be NXT champion. I wanted to get to the main roster. One day, I wanted to be Divas Champion. It happened so fast that I hope I’m just taking every opportunity to step back and think like, holy, holy cow, I’m the Divas Champion.”

With Bayley and Sasha Banks main eventing NXT TakeOver: RESPECT, many fans have been wondering when Divas will main event a main roster special. Charlotte expressed her hope that it would happen soon:

“I hope sooner rather than later. That’s a goal of mine and I know that (is) the goal for a lot of the women, so we will continue to work hard and make that happen one day.”

You can read the full interview on SportingNews.com.