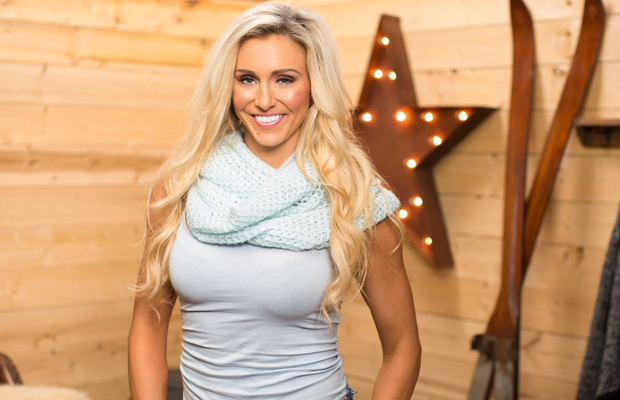 Charlotte spoke abut the possibility of wrestling Sasha Banks at WrestleMania 32, reflecting on the journey they’ve taken together:

“I get goosebumps just thinking about it, just thinking about being a part of, first of all, WrestleMania as main roster talent. This will be my first time even being considered to be able to be on the card. And then, to think that [facing Banks] is a possibility, and we started together. We were just generic babyfaces, and then the BFFs, and then look where we are now. Just the evolution of the two of us and to think that we main evented the first time in NXT and then it could be a huge singles [match] at ‘Mania. It just makes you want to work that much harder.”

She also talked about coming into her own as a heel, admitting that she thinks she’s stronger as a heel than as a babyface:

“To be honest, personally, I did have a hard time when I debuted [on the main roster] because all three of us, kind of were babyfaces. When I really started to become my own [character] in NXT, after my [Natalya] match, I was a heel. That’s when I felt most comfortable, so I do feel that I’m able to carry on my dad’s name, the Flair legacy. It’s easier to adapt the cheating and sort of his mannerisms, I guess, his style, it just comes more naturally as a heel than trying to push the Flair name as a babyface. It’s obviously a mixed blessing, but it is an interesting duo, me and my dad. I’m stronger as a heel and if you’re going to pair me with my dad, which they did, I said that I’m going to be over the top.”

She defended the use of her late brother Reid Flair in her feud with Paige, revealing that she was surprised by the backlash it received:

“Honestly, I was [surprised by the backlash] because I already get it. Like, before this storyline, people think that being a [second] generation kid, everything is handed to you, but, honestly, it’s that much harder. Could I have walked on set and been whoever I wanted to be? No. And then, people knowing about Reid’s death, knowing the story behind it, knowing [what] my dad’s private life has been in the media for years, so I’d already gotten backlash from social media anyway, saying negative things about my brother and father and it’s like, I think, just the general public, is able to say their two cents anyway. Any great storyline came from a little bit of realism. I’m not saying it was good [or] it was bad. I don’t know anymore just because once it was hashed and then getting the backlash, I was like, ‘am I a bad person? How is this making me look?’ But you know what? People were talking.”

You can listen to the full interview on NotSam.com.