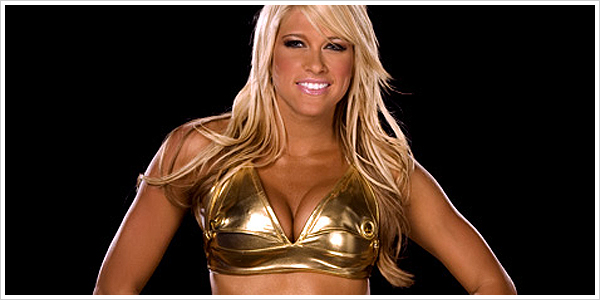 What’s that saying? “This one just blew wide open!” Well that’s exactly what has happened. Everybody thought Kelly Kelly was a dead cert for WWE’s Playboy covergirl in 2009 but the youngest Diva on the roster has quashed rumours that she’ll be posing nude for the magazine. For a girl who had pictures of herself peeing in a sink two years ago, seems as though Kelly is taking the moral high ground such as the likes of Trish Stratus and Stacy Keibler before her:

hey everyone! i know its been a while but i wanted to check in now that i am able to get on and post..im sorry that i dont post more but i just dont get on as much as i want to but i do read all the messages so i thank you soo much…all of you…ok so anyways here is the answer to the question people have been asking me..i finally have a chance to set the record straight…im not posing for playboy..nothing against playboy at all but i dont know who is posing for playboy but it wont be me. i just want to concentrate on wrestling right now.

thank you all for your support..it means soo much to me and keep the messages coming. xoxo kelly kelly

Like I said, it seemed like Kelly for ’09 was a done deal but not anymore! So just who will pose for Playboy next year? The first name that popped into my head was Maryse, if so, methinks just about everyone and their grandpa will be running out to buy that one! Anyway, we’ll likely find out soon, the Playboy pictorials are usually shot in October-November.