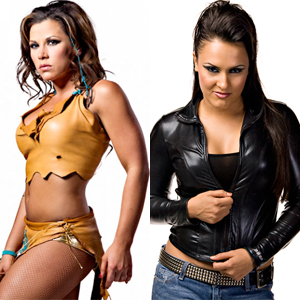 Former Knockouts Champion Mickie James, who is also part of Spike TV’s Impact Wrestling, will appear on the show. In addition to her, former TNA Knockout Cheerleader Melissa — aka Alissa Flash — has returned to the company for the new Indian series.

Melissa, the current SHIMMER Champion, left TNA in January 2010, however, did return for a cameo appearance earlier this year.

Melissa and Mickie recently flew out to India where taping will commence in the coming days for the first half of the season. The cast is expected to return to India in the New Year to film the second half.

The new series will air on the Colors network in India from mid-January 2012 and will consist of 26 episodes. It is being overseen by TNA founder Jeff Jarrett, while former TNA writer Dutch Mantell and former WWE writer Dave Lagana are writing the scripts.

Mantell was one of the key players in the early success of the Knockouts division, writing the Gail Kim vs Awesome Kong feud, as well as introducing Melissa as Raisha Saeed. It’s reported that Mantell is a big fan of Melissa’s, which would explain how she became involved.

Thoughts: Two great additions to this project. With just two females on the roster, it seems inevitable that Mickie and Melissa will be feuding on the show and have an eventual match. Despite both women being in the industry for so long, they have never crossed paths so this is certainly a dream match. Can’t wait to see this happen!