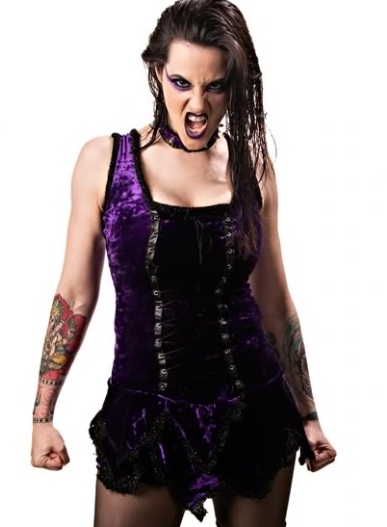 Details have surfaced on former TNA star Daffney‘s — real name Shannon Spruill — lawsuit against TNA stemming from injuries sustained during her time as a TNA Knockout.

Daffney announced that she had filed a workers’ compensation claim against the company last year following her departure from the company.

The suit is largely to do with injuries sustained during the Bound for Glory 2009 pay per view when Daffney was chokeslammed through a barbed wire table.

According to documents obtained by PWInsider, the lawsuit alleges that Daffney’s medical bills stemming from the injuries exceeded $26,000, but TNA only offered up $600 initially. The bill was eventually settled by TNA over a year later, but for a lower amount.

It’s claimed then-Head of Talent Relations Terry Taylor told Daffney that TNA would pay the remainder of the bill following the initial $600 payment, but they failed to do so, resulting in Daffney receiving demands for payment.

The lawsuit further suggests that at one point TNA sent Daffney a letter stating that they would not pay the balance of the medical bill, citing her as an independent contractor. This, despite Taylor’s claim that TNA would pay the bill.

It is also alleged that Daffney is in possession of correspondence forwarded to her by Terry Taylor, in which a lawyer for TNA’s parent company in Texas advised TNA officials to stall payment in order to settle for a lower amount. As mentioned, the company did eventually settle the bill with medical providers for $8,000. However, it’s claimed that the balance was settled over a year later, resulting in Daffney continuing to be burdened by demands for payment in the interim.

Also noteworthy is reference to a further injury Daffney sustained in 2010 when she was injured during a tryout match with Rosie Lottalove. The company foot a $9,556 bill for medical treatment. Interestingly, it’s reported that TNA initially claimed they had not paid any of Daffney’s medical bills, despite records of payments for the 2009 and 2010 injuries. That claim was later withdrawn.

Going forward there are two court dates of note; the TNA attorney in Texas, who had advised officials to stall payment for medical bills, has been called as a witness by Daffney’s side. He is due to provide a deposition on July 5th. Meanwhile, a hearing on June 29th will determine whether TNA President Dixie Carter will be deposed in the case, also. Daffney’s side has asked for her to be deposed, but TNA claims that Carter doesn’t have knowledge of Daffney’s injuries or knowledge of the details of talent contracts.

As a result of her various injuries, Daffney stopped wrestling. Her last match was on a December 2010 episode of Impact.