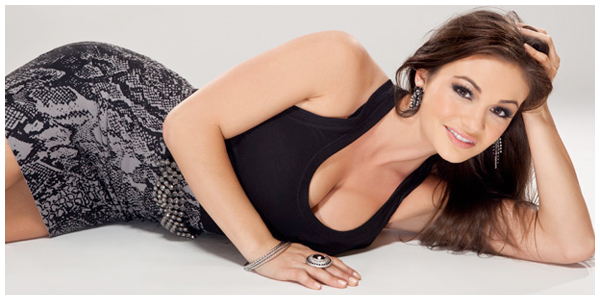 Vickers is now moving to Hollywood, having signed with Megan Fox’s agent, Sharon Lane, to pursue an acting career.

I’m so excited to finally share with everyone my next ‘big move’! As many of you know, I have had an amazing run the past 6 months with the WWE, but all good things must come to an end, and I am going in a different direction with my career at this time. I can’t express enough how appreciative I am of the experience and friendships I’ve made during my stay with WWE.

Life is about chasing your dreams. so I’m thrilled to share with everyone I’m moving to LA at the end of the month!

I have now signed with manager Sharon Lane. She is the founder of Lane Management Group and has developed many A-list film and tv talent including movie superstar Megan Fox!

Vickers debuted with WWE back in June as co-host of NXT but quickly disappeared from the show. She later began working as ring announcer in FCW and resurfaced on an episode of WWE Superstars a couple of weeks ago.