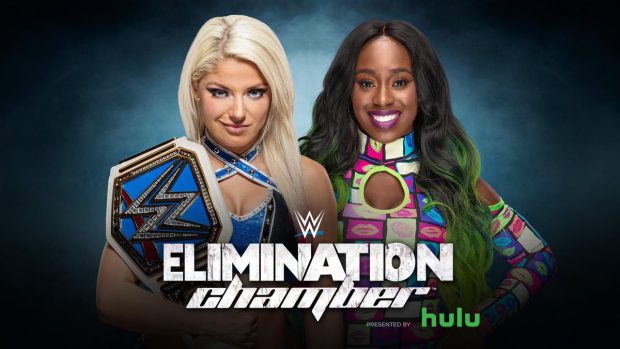 Abir: This is going to be interesting. We’ll all be anticipating a Naomi win, but I believe that Alexa will come through with a dirty victory. This will then set us up for the inevitable Naomi ‘Mania moment.

Alex: You know, I’m pulling for Naomi to get the surprise win here. She’s getting the momentum and the WWE have been pretty good recently at surprising us with the outcome of several women’s PPV matches lately, so I think we’re gonna see the glow and crown a new SD Women’s Champion tonight. I’m thinking that Alexa will miss her Twisted Bliss, to allow Naomi to nail the Springboard Moonsault for the finish.

Jack: As much as I would die with happiness with a Naomi win, I don’t see it happening just yet. Could Naomi get a hometown win at WrestleMania? That seems more fitting than going in as champ, and Alexa’s reign hasn’t been very long yet. Alexa wins. And maybe some Becky/Mickie shenanigans could distract Naomi too. Just putting that one out there!

Josue: I’ve been so behind Naomi ever since her return from her injury. She may have been pinned Alexa twice in one week but I don’t see Naomi winning the belt just yet. Alexa will retain here and prep herself for WrestleMania where I’m sure she’ll meet Naomi once more.

Kyle: I swear to God, the WWE has been dangling the carrot of Naomi as the champion for way too long. I think she has all the tools to be a great representative of the Women’s Division. She is athletic, has a great gimmick, and has done well in outside appearances for the company. It would be lovely to see her win tonight and enter Mania in her hometown as the champion. However, Alexa’s been killing it as well and in her on right has earned the privilege to enter Orlando as the champion. She’s been a fun champ that could use a solid defense, and this could be a great night for that. But my heart bleeds in glow in the dark and I must go with Naomi.

Matthew: Alexa Bliss is my pick to retain the title, but Naomi should get more opportunities along the way. This is about Alexa proving to everyone that she is the worthy choice to be SmackDown Women’s Champion, and so far it’s getting good.

Stephanie: I believe Naomi’s time has come and she deserves the title. However, Alexa is coming into her own as the top heel on the blue brand. I think she’ll retain here to continue her reign through dirty tactics but Naomi will not go out quietly. Her quest will continue.