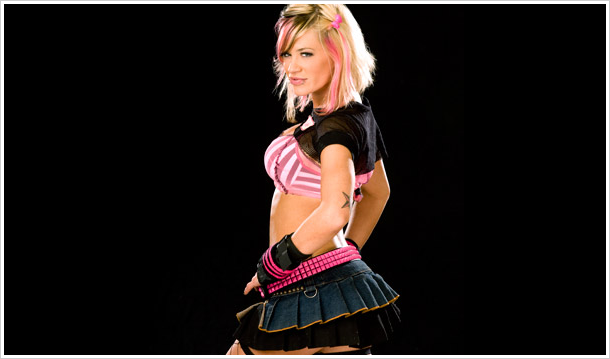 Former WWE Diva and favorite Diva Dirt target Ashley Massaro will be appearing at the Wrestlers Rescue event on September 14th, along with a slew or other wrestlers (Torrie Wilson, Dawn Marie, Mick Foley, Sunny, etc.). The event is helping to raise money to provide health care for professional wrestlers. Though, the most eye-catching part of this is how the event’s website decscribed Ashley:

Ashley is a Playboy Magazine Celebrity Cover Girl, has co-starred on hit TV series such as “Smallville” and “Survivor China,” hosted E! Entertainment’s “Wild On E!”, graced the covers of and been featured in Flex, Femme Fatles, Maxim, FHM, is a former Miss Hawaiian Tropic USA and Canada, and will be starring in a new TV series premiering in early 09, as well as releasing her first album, and much, much more!

Is it Christmas already? I could never envision receiving a more perfect gift! Is anyone else waiting on pins and needles to watch an Ashley Massaro reality show and blast some Ashley Massaro music from their iPods? Anyone? No? Okay..