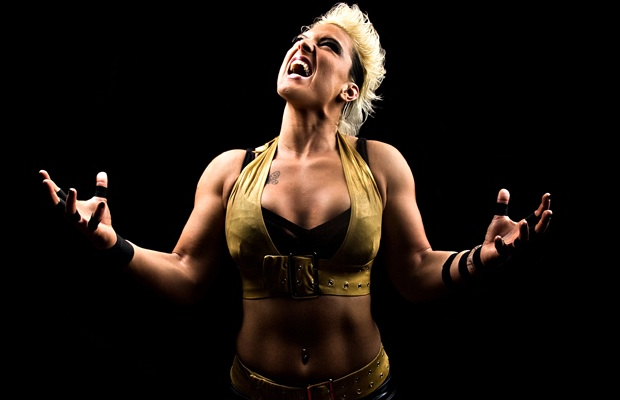 At 6’1″, Germany’s Alpha Female is an imposing figure, who, when in the ring, strikes fear in her opponents’ hearts. Out of the ring, however, Alpha Female is just as fascinating with her strong and unique opinions on the current state of wrestling — and women’s wrestling, as well as her shy yet endearing personality.

In less than two weeks, Alpha is set to headline Pro-Wrestling: EVE’s debut Internet pay per view, “No Man’s Land” — airing exclusively on Diva Dirt — as she challenges Jenny Sjodin for the Pro-Wrestling: EVE Championship. The match has been almost two years in the making, pitting the unstoppable force that is Sjodin, with her technical style and MMA-esque submissions (she can legit make her opponents tap — and fast!), against the immovable object that is Alpha (who holds a 10-1 win/loss record).

Speaking exclusively to Diva Dirt in a near one hour interview, Alpha discusses her career thus far, how she got into wrestling, the rather interesting role she initially wanted to pursue in wrestling before becoming a wrestler, working around Europe, her career in EVE and more. 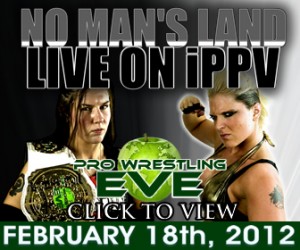 Addressing the busy few months she has coming up, Alpha talks about her EVE Championship match with Sjodin, as well as other projects in the pipeline including a movie. Alpha credits her inclusion in Diva Dirt’s Five to Watch last year as part of the reason for her recent successes.

It’s clear to anyone who’s seen Alpha in action that she’s destined for big things, and last year she was caught in WWE’s radar and offered a tryout, which she discusses exclusively with Diva Dirt. Additionally, Alpha also has choice words about her prior dealings with TNA aka Impact Wrestling.

We also talk to Alpha about being an attraction, not dissimilar from WWE’s Kharma, due to her size and strength.

Check out the interview below or right-click here and select ‘Save Target As’.