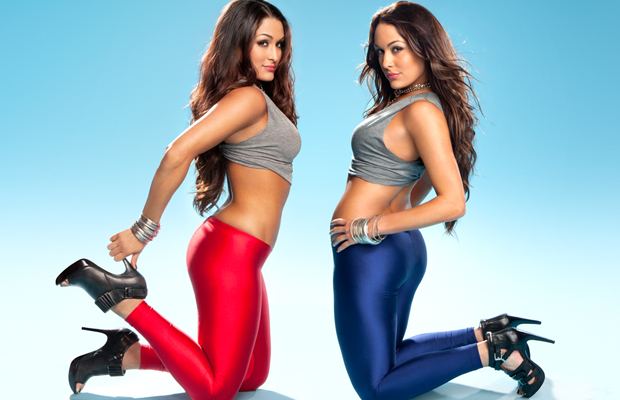 It’s been two weeks since we lost our Twin Magic on Monday nights, but for the first time since their WWE departure, the Bella Twins — Brie and Nikki Bella, aka Nicole and Brianna Garcia — are opening up to Diva Dirt in a world exclusive interview.

For the first time, Nicole and Bri discuss their decision to leave WWE in detail, what might have happened if one wanted to leave but not the other, and whether they may return down the line.

Plus, we take a trip down memory lane discussing their start in the business, the early days on SmackDown, their feud on ECW and much, much more. Nicole and Brianna share some funny stories in their signature humorous style (there were many laughs!) and find out what it’s like being the only sisters to win gold in WWE.

On top of that, the twins respond to being considered ‘models’ by one segment of fans, their take on ‘that article’ on WWE.com last year, and Colt Cabana’s comments on his podcast.

You don’t want to miss this interview!

Listen to the exclusive interview by clicking on the play button below or right-click here and select ‘Save Target As’.

Tweet about the interview using the hash tag #NicoleBriDD.

What do you make of the twins’ comments? Tell us in the comments!