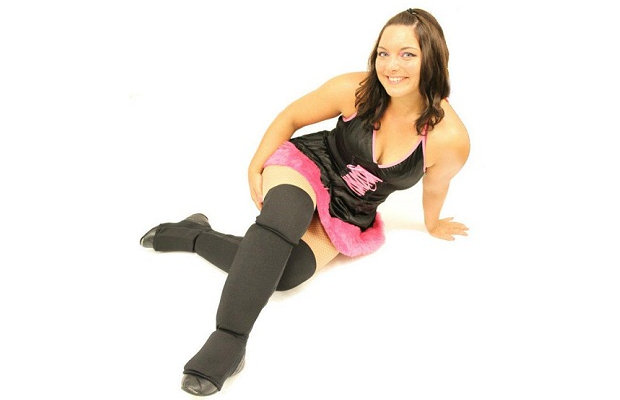 As a graduate of the ROH Academy training under Daizee Haze, young Jamilia Craft was always destined for big things and in 2011, she got her big break when she was invited to move to Japan to train and wrestle for legendary wrestler Kyoko Inoue‘s Pro-Wrestling Diana promotion. Craft ditched her signature look — a mask and Inoue-inspired tassels on her ring attire — and became Jenny Rose.

With her new look and name, Jenny developed a new found confidence as she lived in Japan, training under top Joshi instructors and wrestled some of the most influential names in all of women’s wrestling.

Now set to bring Jenny Rose to the US, the former Craft will make her in-ring debut as Rose this weekend for WSU when she faces ‘Bonesaw’ Jessie Brooks.

Speaking exclusively to Diva Dirt ahead of her debut, Jenny talks to us about a myriad of subjects including her time in Japan; whether she feels nervous about presenting her new character to US audiences; training in the ROH Academy; wrestling in SHIMMER, mentor Daizee Haze’s retirement; the recent wave of American exports to Japan and Hailey Hatred opening doors for the American women over there, and a lot more!

Please Note: This audio is the exclusive content of Diva Dirt (diva-dirt.com), for which we hold copyright. By downloading our audio you agree not to repost the content elsewhere including but not limited to other websites, blogs or message boards. Failure to respect copyright may result in legal action.

Jenny will make her US in-ring debut on Saturday, January 21st for WSU in Stirling, New Jersey. Tickets and information here.