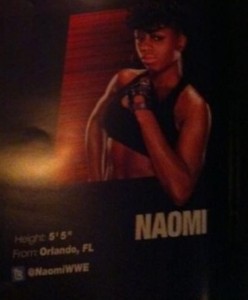 There could finally be good news for Naomi fans as nearly a year after NXT season three ended, it looks like she may soon be called up.

The talented former FCW Divas Champion is included in WWE’s new program booklet which is available on the company’s current European tour.

It was WWE Superstar Zack Ryder who tweeted a picture of the program which revealed Naomi’s inclusion.

With a slew of departures — most recently including Maryse — there’s certainly room on the roster for the athletically-gifted Diva who delighted many on NXT last year with her unique in-ring style.

Check out the full picture below: 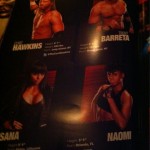