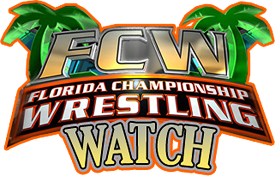 Welcome to another edition of our FCW Watch, where we take a look at matches taking place in the WWE’s top developmental territory, Florida Championship Wrestling. Today, we have a match from the January 31st show: AJ Lee vs. Naomi Night. Watch the match below:

Before either of those Divas can make their entrances, the Queen of FCW Mia Mancini makes her way to the ring, wearing a pretty unconvincing wig a beautiful 100% real head of hair. She is here, as always, to survey the competition for her crown. Naomi Night is up next, making her singles debut (you may remember her being signed in August of last year). AJ Lee is out next, and the match begins.

The two Divas face off in the middle of the ring, and Naomi uses her hair as a unique alternative to the “talk to the hand” move, whipping it in AJ’s face. AJ takes her down in response, pounding on her before being pulled off by the referee. AJ remains dominant through most of the beginning of the match, using her acrobatic moves to get in a few pin attempts on Naomi. One in particular I liked was the arm drag counter into the rolling pin. For a newcomer to the ring, Naomi can take the moves–which require a lot of capability on her part–pretty well.

AJ attempts a hurricanrana from the corner, but Naomi tosses her to the apron, knocking her head against the exposed ring post. Following that, her offense mainly consists of a few kicks and a sit-down maneuver onto AJ’s back. She goes for an unsuccessful pin attempt and then locks AJ into a submission, a knee in her back and her arms stretched backwards. AJ fights free and goes to attack Naomi off the ropes, but Naomi slides under her and between her legs, showing some impressive athleticism–think her background as an Orlando Magic dancer has something to do with it?

She then leaps and hits a gigantic bicycle kick, laying out AJ. She seems to have a lot of the same tall, leggy athletic tendencies as Alicia Fox, even down to the difficulty folding up for a quick pin. After stalling a bit she goes for the pin, but only gets 2. She whips AJ into the corner and performs a superfluous, hands-free cartwheel (a la John Morrison) before going for a flying clothesline. AJ dodges it, though, and Naomi hits the turnbuckle head first. AJ rolls her up for a pin, but gets a 1-count.

Naomi, still rattled, manages to cut off AJ’s offense with a clothesline. AJ battles back, though, and manages to roll up Naomi again off the ropes, getting 2. he then goes on a streak of offense, hitting a dropkick and several spin kicks before hitting a Shining Wizard to Naomi’s face. She goes for the pin but surprisingly, Naomi kicks out at 2. Naomi reverses an irish whip into the turnbuckle but gets two boots to the midsection when she goes for the attack. AJ grabs her by the head, climbs the turnbuckle, and slams her back down with the Sliced Bread, getting the 3-count and the win.

That was quite an impressive match, especially for featuring such a green Diva (and in her FIRST singles match!). AJ Lee was as exciting as always, but Naomi proved to be very capable in the ring, able to take all of AJ’s fancy moves and deliver quite a few of her own. That athletic background certainly helps, and I’m sure with time she could be quite a good wrestler–there’s just so much potential there. Like I said, her ring style reminds me a bit of Alicia Fox, and I think if the WWE were to give her a shot, she could be a big star, as she’s already showing a lot of personality in her ring entrance an in whipping AJ Lee with her hair at the start of the match. Speaking of AJ, she seems like a ready-made star for the WWE, an easy babyface for the crowd to get behind with her eye-popping moves and fast-paced style. Both of these girls demonstrated a lot of potential for the big time in this match. I just hope the high-ups were watching.

Food for thought: Do you think AJ Lee will be brought up to the main WWE roster sometime this year?