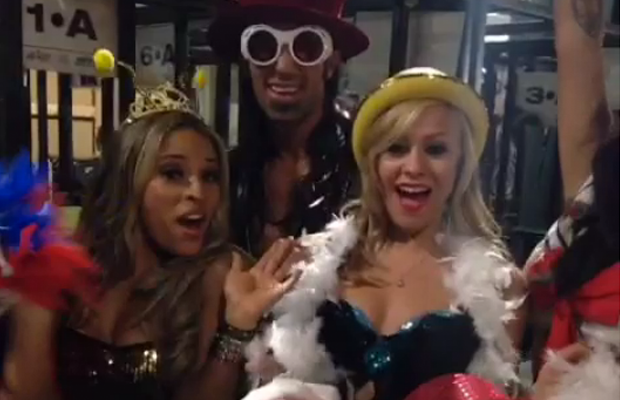 Thea, who competed for TNA as Rosita, accompanied Rose during his match taped for this week’s WWE Superstars. She also appears in an official WWE Vine:

Lately, Rosebuds have been recruited from local indy talent, meaning that this is no indication that she has recently received a WWE tryout.

According to reports, Thea is scheduled to appear at tomorrow’s SmackDown taping as well.

Thea isn’t the first female indy wrestler to play a Rosebud, though: recently, Taeler Hendrix joined in on the fun at a WWE live event in Detroit, later tweeting about the experience.

Would you like to see Thea in the Divas division?