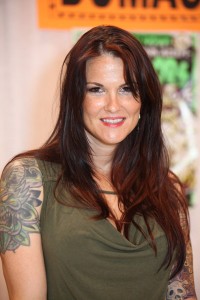 The four-time champion lives in Atlanta and was said to be visiting, reports PWInsider.

Lita last appeared on WWE TV in November 2010 in a guest spot with Pee-Wee Herman.

WWE Hall of Famer, Jim Ross, tweeted about meeting with Dumas: “Just saw Lita in ATL. She’s as beautiful as ever & a wonderful soul. I really miss her. Big star in my eyes.”

Thoughts: It’s a shame we didn’t get a Lita guest spot, but with The Muppets on the show, it was already a hectic night with the show running out of time.