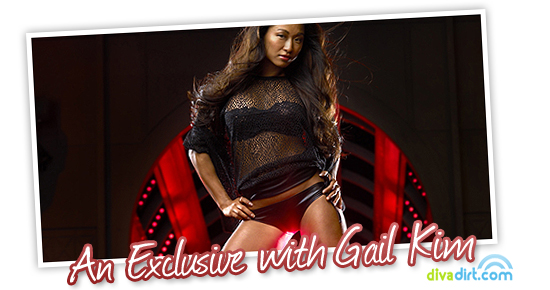 Diva Dirt will be dishin’ dirt with Gail Kim very soon, and we want your help to make it happen! Got a burning question you want to put to the very first TNA Knockout Champion? Well we want to hear from you!

Gail is the first woman in professional wrestling history to have held both of the major women’s titles in North America, as a former WWE Women’s Champion and TNA Knockout Champion. She has helped revolutionise the way we see women’s wrestling as part of TNA’s Knockout division and just happens to be one of America’s most eligible females as voted by Forbes magazine!

Send us in your questions for Gail, by leaving a comment in this post or e-mailing us at [email protected].