Goldust Reveals He’s “in Charge” of the Divas 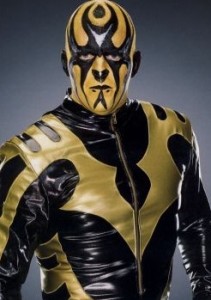 Returning to Twitter recently after a several week absence, Goldust confirmed reports that he’s now the agent for the Divas. He adds: “I’m in charge.”

Thoughts: Whether this will change anything remains to be seen. Agents aren’t writers so I’m not expecting a huge shift in the Divas finally getting decent storylines, or lengthier matches on TV. Still, it’s exciting — and gives me hope — to see a veteran attached to the Divas once again in the same way Finlay was years back. Hopefully Goldust can use his years of experience to help the Divas stand out in the ring, and help them learn like Finlay did with Trish. Goldust has previously revealed on Twitter that he loves the Divas and has even commended Diva Dirt for our support, so his passion is clearly there, making him a good fit. Good luck to Goldie in his new position.