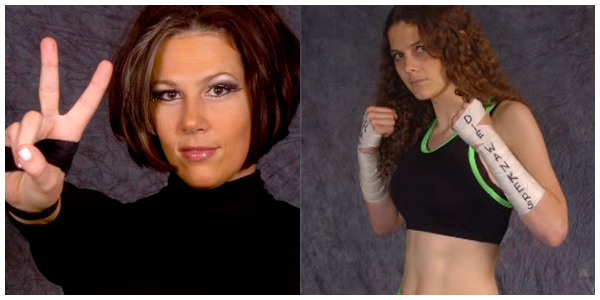 If you listened to last week’s episode of the Untitled Allison Danger Show, you probably noticed that Danger her special guest for the week, ‘The Rate Tank’ Kellie Skater mentioned an interview they had done together prior to the show. Well, that interview was for Australian podcast, the DCW Variety Hour.

Paul Jones writes: “We are joined by ‘The Rate Tank’ Kellie Skater & Allison Danger of Shimmer Women Athletes to discuss the world of women’s wrestling as well as the current series of Dr Who, the American fascination with peanut butter and the Australian love of Vegemite, the finer points of international snackfood, how the Untitled Allison Danger Show came about, what lead to the Australian invasion of Shimmer, Why Bryce Remsburg has the greatest drivers licence photo ever, who will be the next wave of Australian women wrestlers to make the jump to the US? Why alligators are cute, Tank’s Roo Roids habit and how she became The Rate Tank in the first place, Adam Ant vs Ke$ha, Madison Eagles ribs Tank, Veruca Salt, Nudity in wrestling, How parenthood changes things, Skater’s goals for her future in wrestling, Danger almost getting stabbed in Ireland, Educating Danger on the proper use of Australian Slang, Jessie McKay gets punchy, The legendary Shimmer after parties, Why Skater is the worst dancer ever, getting chlamydia from violating koalas, the truth about drop bears, various rants about the booking of women’s wrestling in TNA and WWE as well as stories of people licking Dave Prazak.”

To listen, right click here and select ‘Save Target As’.