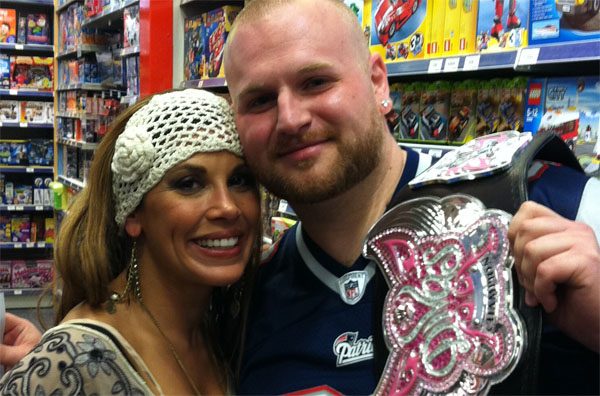 Former Knockouts Champion Mickie James, who has been on a promotional spree in the UK this week, took part in a free autograph session in London earlier today.

James signed autographs at The Entertainer store in the Westfield shopping center in White City.

Diva Dirt reader Adam went along and sent us the following:

Tonight I went to Mickie James signing in London and it was amazing!!! Although she was an hour late she did sign as much as anyone wanted and even signed my WWE Divas & Women’s replica belts! I got 6 autographs in total!!!

Check out pictures below: