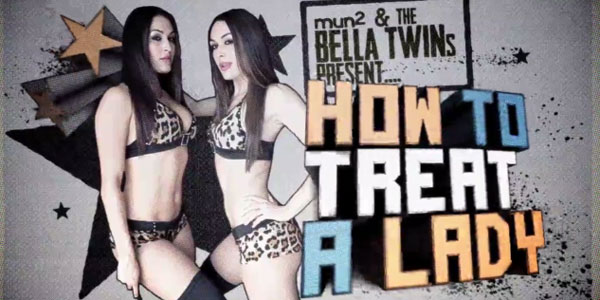 While Brie and Nikki Bella may be stirring up controversy with recent reports of their possible departure from WWE, the twins recently starred in an action short feature for television network, Mun2.

The segment dubbed “How to Treat a Lady” highlights three different scenarios, each depicting the Divas kicking butt against a man who mistreats his female counterpart.

It’s pretty cool to see a feature be given to, in this case, a set of females, considering most commercial-esque roles are typically saved for the likes of Randy Orton or Sheamus. Check it out below!