In Video: Kaitlyn Reacts to AJ Lee’s Stunt on Raw 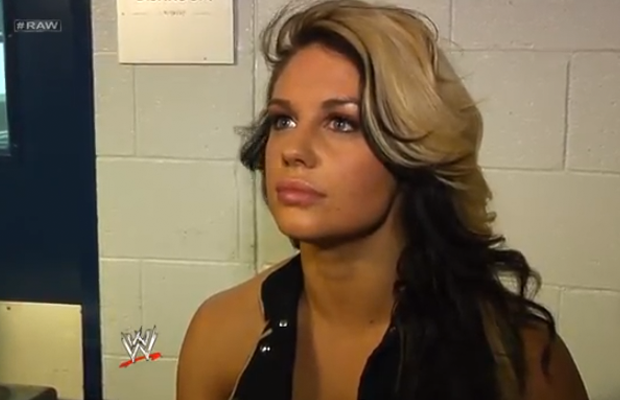 WWE.com caught up with Kaitlyn following AJ Lee‘s muscle suit stunt on last night’s Raw to get her reaction.

The interviewer made a point to mention that Kaitlyn had initially refused an interview that would have aired on the WWE App, but now it looks like she’s mellowed out on the situation, telling the camera that AJ is just trying to get under her skin.

Kaitlyn referenced last week’s Raw, reminding us that Stephanie McMahon had warned AJ to start acting like a champion. Clearly, AJ did not take that warning to heart, going in the opposite direction and interrupting Kaitlyn’s match to mock her.

Will Stephanie address AJ’s blatant refusal to heed her words? Time will tell.

Do you think Stephanie will step in again?