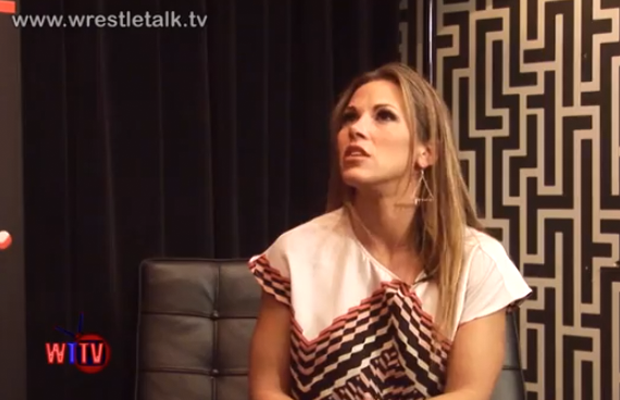 Mickie James sat down with WrestleTalk to promote her new album, Somebody’s Gonna Pay, and was asked why she left the WWE in 2010.

The Knockouts Champion is quick to correct the phrasing, as she didn’t “leave” the WWE – she was released from her contract.

Mickie says, at the time, she didn’t see the release for what it was, but now thinks it was for the best. In 2009, she says, she had a grand total of 20 days off. She was either working on her debut album Strangers and Angels or on the road with the WWE.

She calls her release a “blessing in disguise”, as she was eventually able to move on to TNA and wrestle matches with some amazing Knockouts. On top of that, TNA’s schedule allowed for her to devote more time to her music.

In another video from the interview, Mickie opens up about being signed by the WWE. She says she wrestled about 20 tryout matches before she was signed, and then spent years in the developmental system.

She attributes that to the different phases the WWE went through when it came to the type of women they were looking for. The Diva Search, for instance, was revving up when she was training in developmental.

Watch the videos below:

You can see the full interview by clicking here.