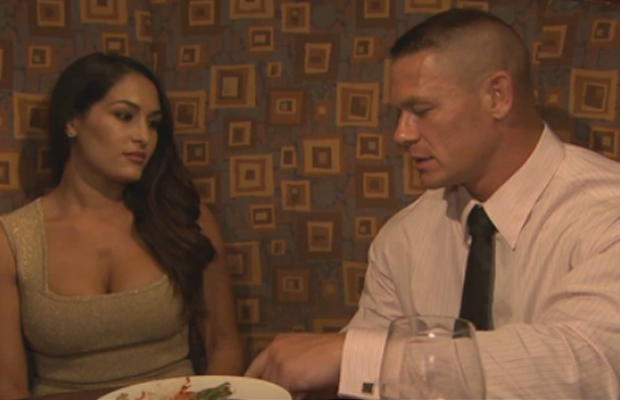 Very few people know how to intimidate John Cena, but it looks like Nikki Bella is one of them.

TMZ has obtained a preview of the premiere episode of Total Divas in which Nikki, propelled by her sister Brie‘s impending engagement, asks Cena about the possibility of them tying the knot.

John, having recently divorced his high school sweetheart, admits that marriage and family are difficult obstacles for him. He lets Nikki down easy, though, telling her that she has changed him for the better.

Do you think Nikki and John will ever get married?