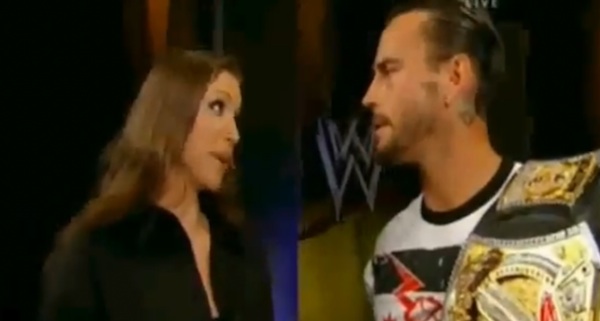 WWE Executive Vice President of Creative Development, Stephanie McMahon, made a cameo appearance at SummerSlam tonight in a backstage segment with CM Punk.

The former General Manager and Women’s Champion appeared to wish Punk good luck for his WWE Championship match later in the evening, leading to a back and forth between the pair.

When Stephanie went to extend her hand for a handshake at the end of the segment, Punk delivered another zinger: “I would, but I know where that hand has been.”

Watch the segment below: