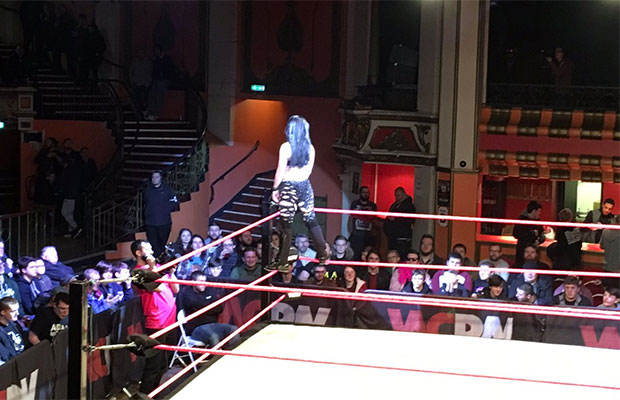 WhatCulture Pro Wrestling’s KirbyMania featured some stellar matches. One of said contest was between Ivelisse and Lana Austin.

Ivelisse managed to be victorious in the contest as she pinned Lana Austin for the three-count.

The win didn’t come easy for the Lucha Underground star however as Bea Priestley showed up at the entrance – with Nixon’s title in hand – as an attempt to distract her. Unfortunately for Priestly however, Ivelisse overcame the distraction at hand as she ended up knocking out Austin just in time.

This victory then resulted in Ivelisse being crowned the number one contender for the WCPW Women’s championship. The match will take place at the next WCPW iPPV event titled Lights Out, where Ivelisse will take on Priestley for Nixon Newell’s title.

WCPW: Lights Out will take place on Friday, January 13th. Unlike tonight’s event, it will only be available exclusively on WhatCulture Extra.

How do you feel about these results? Will you be watching Lights Out? Who are you rooting for? Let us know your views in the comments below!