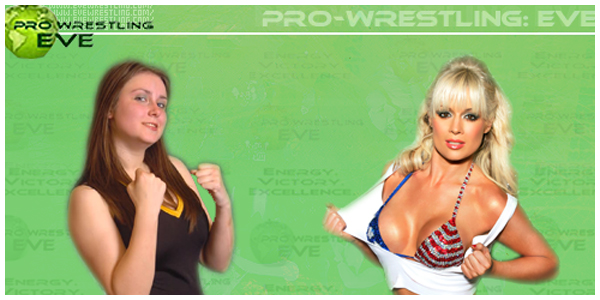 WWE developmental Diva, Jemma Palmer will be facing SHIMMER star Jetta at the debut Pro-Wrestling: EVE show on May 8th, it has been revealed.

Yesterday, we reported that Jemma has not yet reported to WWE’s developmental territory, FCW due to delays with her working visa under new laws recently introduced. She was due to report last month, as mentioned in an article in The Sun Online. In the meanwhile, Palmer is able to work independent dates and will be appearing at EVE.

As mentioned over the weekend, this will be one of Jetta’s final matches before she retires in June.

Pro-Wrestling: EVE wrote the following: “As one career comes to a close another career begins, in what will be one of Jetta’s last wrestling matches before retiring in June, “Coventry’s Loudest” looks to end another career before it even begins when she goes one on one with former Sky One Gladiator Jemma “Inferno” Palmer who despite soon relocating to the USA to become a big star is in her very first match! Jetta’s not going to want to go out on a loss but Jemma Palmer is not going to want to begin with anything other than a win – something has got to give and we’ll find out what on May 8 in Sudbury!”