JR Comments on Kharma’s ‘Too Fat’ Remark on Raw, Backlash from Fans 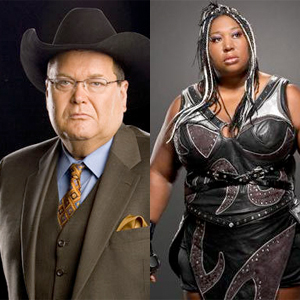 Jim Ross has been in hot water with fans on Twitter since Kharma revealed how he once called her ‘too fat’ during auditions for Tough Enough 2 several years ago. But the WWE Hall of Famer explains that the comments made on Raw this past Monday were ’embellished for entertainment purposes’.

Kharma tried out for TE in Vegas at an open casting call for seemingly hundreds of potential talents. I never told her she was ‘too fat’ but that she was ‘too big’ at that time to be cast in a role that the role’s criteria had been clearly outlined to us. People don’t get that pro wrestling shows are entertainment based and facts, situations, etc are often times embellished for entertainment purposes. Those that have lashed out at me have wasted their time denigrating me for something that was not factual and was scripted.

Thoughts: What fans who bashed JR failed to understand is that, regardless of whether JR called her ‘too fat’ or ‘too big’, his comment was not a personal opinion, but rather, he was speaking for the company. By WWE’s standards, Kharma doesn’t fit the typical Diva look. However, it worked out for the best and she made it to WWE eventually with them knocking on her door.