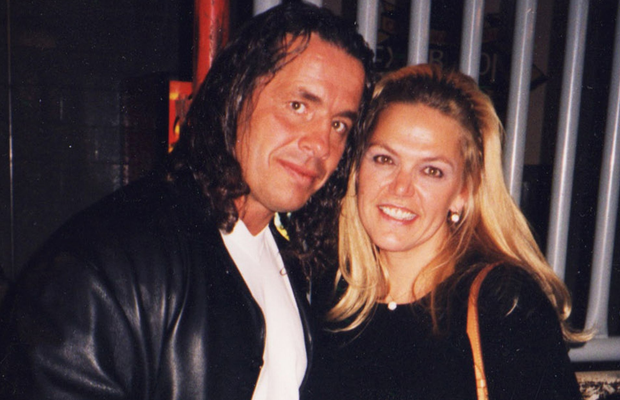 Online World of Wrestling has spoken with Julie Hart, ex-wife of the legendary Bret Hart and author of the new autobiography Hart Strings: My Life with Bret and the Hart Family.

In the interview, she discusses her life with Bret, appearing in the infamous wrestling documentary Wrestling With Shadows, how wrestling has changed over the years and the ways she remains involved with the wrestling business today.

Who she intended to write the book for: For women like her (experiencing rough childhoods, adultery and divorce), so they can approach her and tell their stories. Surprisingly, she had a lot of men coming up at autograph signings, telling her that their life was like hers.

Has Bret read the book?: She heard that Bret read the book and he doesn’t like it. She says she didn’t like his book too much either. She says his book never explained her or gave context about why she was such a “bitch”. That’s why in her book, she wanted to give a fair look at the relationship.

The life of a wrestler’s wife at the height of Bret’s career: As a wrestler’s wife, everything was “magnified”: big houses, big cars, big life. Nothing was normal. She didn’t want to get married, but Bret talked her into it. They eloped and kept her pregnancy with Jade a secret for a few months. Her sister was married to the Dynamite Kid at the same time.

How wrestling has “lost its magic”: Says wrestling got too colorful after the early nineties and that today in the age of Twitter, it’s lost its magic.

On the documentary Wrestling With Shadows: She’s only seen it once or twice. She’s embarrassed by it because she was unhappy at the time of filming and at her heaviest. She thought she looked like Bret’s “frumpy” housewife.

On the late Owen Hart: She wrote a chapter about Owen Hart that was eventually cut. She remembered his sense of humor the most. No one has ever said a bad word about him.

Her role in wrestling today: She’s still involved in wrestling with Hart Legacy Wrestling, which runs shows in Calgary. She supports the indy shows as well and loves seeing the passion that comes from the smaller shows.

It’s a very fascinating interview about a woman not many people know much about, and it definitely heightens your interest about her autobiography – you can tell it’s definitely not a shallow tell-all.

You can listen to the full interview on Online World of Wrestling and purchase Julie’s book on Amazon.