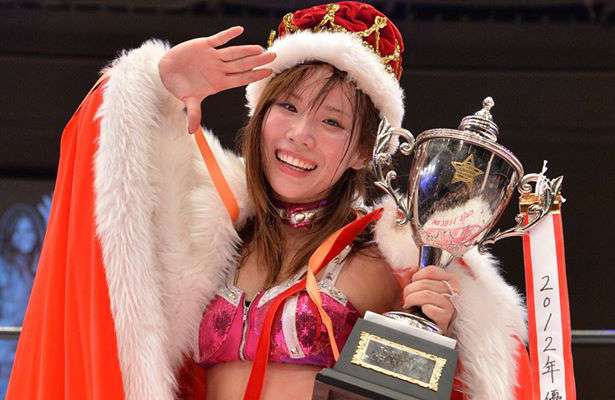 According to a new report from The Wrestling Observer (via SportsKeeda), Kairi Hojo has signed a three year deal with WWE.

It was previously rumored that Kairi, as well as fellow STARDOM star Io Shirai were both offered contracts to the WWE to start in 2017. The report also adds that Io Shirai was said to be reconsidering signing with the WWE.

Kairi Hojo is regarded as one of STARDOM’s biggest staple, having held multiple championships from the STARDOM promotion. In November of last year, Kairi, Io Shirai and Mayu Iwatani all made a one-time appearance on Lucha Underground, joining forces with Black Lotus during her feud with Pentagon Dark.

What are your thoughts of Kairi Hojo’s signing? How would you book her debut? Who would you like to see her feud with? Let us know in the comments below!