Katie Lea’s Not Getting Pushed, and She Knows It 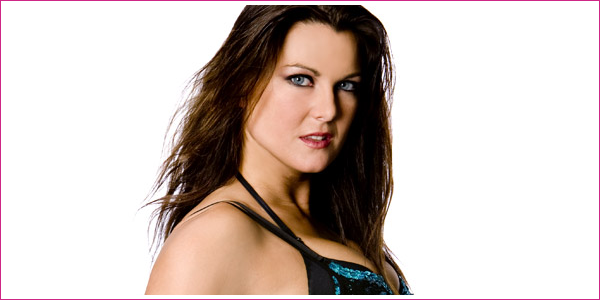 I will admit that things have gone a little downhill for me in ECW since my grande victoire, i.e. it would seem that my latest assignments have been limited to my beautiful self getting chased by various mythical creatures. First Boogeyman then, shock of shocks, the green grotesque a.k.a. Hornswoggle… I wonder what they will think of next. Maybe a Pixie..? (I love Pixies! Both cat-like and Matt-like…) Or perhaps Goldust? (Now that might actually be fun!)

Personally, I think it’s a shame that Katie hasn’t seen much action other than the requisite tag team fill-in position since her early feud with Mickie James. She’s talented and (if her numerous entertaining blogs are any indication), she’s got more personality than most of the other Divas. Honestly, her blogs are quite the read, and her exchanges with other Divas on the various WWE.com Live Blogs are hilarious (her and Natalya going at it during the Royal Rumble was simply priceless, and she’s even gotten into it with Tiffany). What do you think, dear readers? Is Katie getting the short end of the stick, or the less you see of the British babe the better?