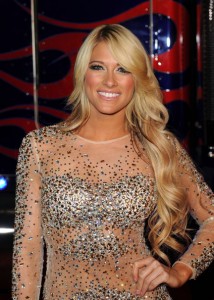 Reports circulated earlier today that former Divas Champion Kelly Kelly was looking for acting and modelling work outside of WWE, leading to fans speculating that she may be looking to leave the company. So what’s the deal? Well, not so fast, says K2!

The 24-year-old, who celebrated five years as a Diva this year, has responded via her Twitter page, extinguishing any potential rumors of a WWE departure.

She wrote: “Don’t believe everything you read! WWE is my home.”

Thoughts: I don’t know about you guys, but it seems to me that young Kelly has a good few years — and title runs — left in her after finding her groove in the Divas division in 2011. However, this is the wrestling business and nothing is ever guaranteed. Who’d have thought we’d see Maryse part ways this year, for example?