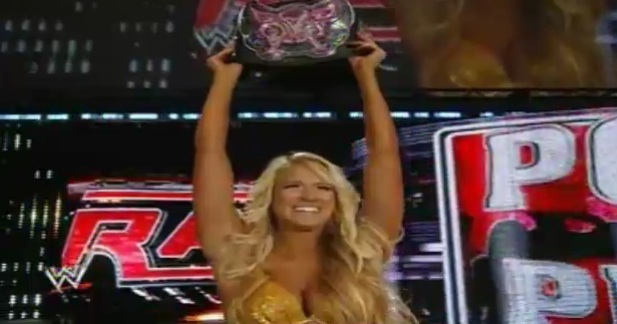 The young Diva defeated Brie Bella tonight to become the new WWE Divas Champioon during a ‘Power to the People’ themed episode of Raw.

After winning a fan vote with 53% of the vote, Kelly beat out competition from Eve Torres and Beth Phoenix to earn the right to challenge Brie.

It was a coming of age moment of sorts for young K2, who celebrated her five year anniversary with WWE last week. Kelly had joined the roster at the tender age of 18 in 2006 and has very much grown before the WWE audience’s eyes.

Congratulations to the new champion!

How do you feel about K2’s victory? Tell us in the comments!