Kelly’s Got a Killer Moonsault 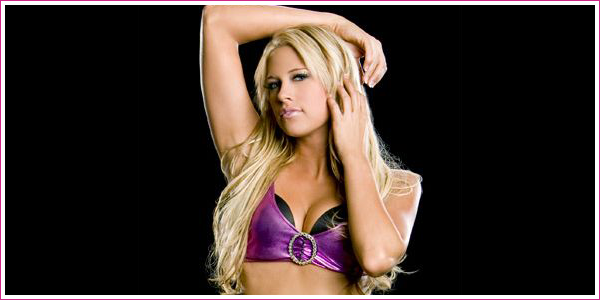 2008 has been kind to Kelly Kelly, the Diva upped her game in the ring and began to be pushed as a performer rather than an awkward dancer on ECW. In June, she got her big break by coming to Raw and since she’s been wrestling more than ever – and has impressed many. And as of Monday night, she’s shown she can act too. So who better to have a retrospective interview with in the Holiday issue of WWE Magazine than one of the company’s rising stars?

In the interview, Kelly talks – for the first time to my recollection – about her growth in the ring and has fighting words for those who dismiss her as just another blonde bimbo:

Does it grind your gears when people pigeonhole Kelly Kelly as nothing more than a buxom blonde with no place in a WWE ring?

It pisses me off. Iâ€™ve been training since the day I was hired, and Iâ€™ve paid dues every step of the way. I moved to Kentucky to train in OVW, then to Tampa to continue training in FCW and now Iâ€™ve finally gotten the chance to show people what I can do.

Perhaps fans are blinded by your beauty and just donâ€™t realize that youâ€™re a legit natural athlete.

I was a gymnast for 10 years before I came to WWE. I started in gymnastics when I was three, and had competed all over the country by the time I was 13. My goal was to be an Olympic gymnast, but I injured my tailbone and couldnâ€™t compete anymore.

Ouch! Not your coccyx! So, how does a gymnastic background help you on Raw? After all, there are no uneven bars inside a WWE ring.

Iâ€™ve used my skills to train for my moonsault. And, truth be told, Iâ€™ve got a really good one. But Iâ€™m not going to whip it out for just anyone. Iâ€™ll save it for a title match down the road. I have all kinds of tricks up my sleeve, and there are definitely moves in my arsenal you havenâ€™t seen yet.

I have to say Kelly’s fighting spirit in this interview is impressive. I like that she says, “Look, I’ve done this and this and this…” No denying she’s improved a lot in the ring. I definitely think her gymnastic ability has helped her, she looks comfortable in the ring and can use the space well. There are still some Divas who’ve been around far longer, that still look off in the ring (Candice, Maria) so I think her background is an advantage. I’m real eager to see Kelly’s moonsault, no Diva on the current roster has a finisher that uses the turnbuckle, I hope she can pull it off!