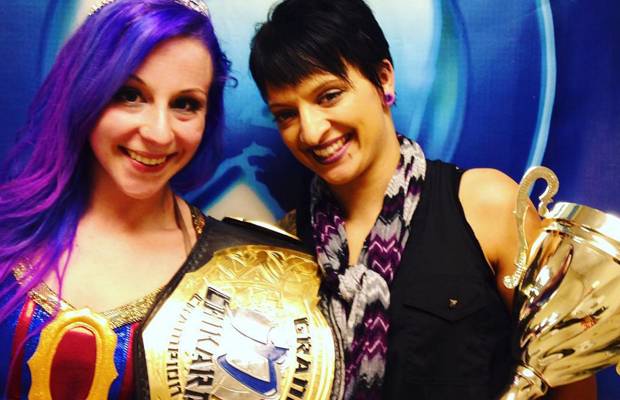 People always underestimate us because we are women. But now we both hold titles that have only previously been held by men. It really is a #divasrevolution #Chikara #grandchampion

Kimber is the fourth person to hold the title, which was established in 2011.