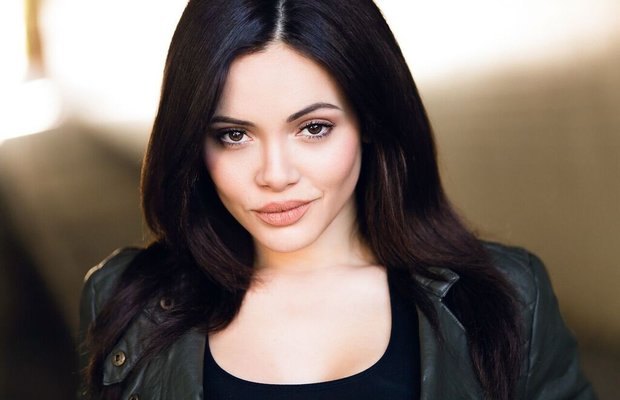 Though Lucha Underground is on hiatus until the summer, ring announcer Melissa Santos is keeping busy, appearing on the new season of The Celebrity Apprentice.  TVInsider caught up with Santos to talk about her role on the show, discuss how she got into ring announcing, her role in Season 3 of LU and more.

Highlights from the interview are below:

On being cast as the Boardroom Secretary on the show: “It wasn’t something that came about easily, because the people at Celebrity Apprentice didn’t believe I could maybe tone it down. They saw that I could be a bit over-the-top on Lucha Underground, and my dresses were a little bit sexier there. I sat in one of their pre-tapings, and it worked out. I could talk forever about the men and women who were some pretty brilliant people. I enjoyed working with them. It’s so sad to watch them at times in the boardroom situation. I was so emotionally involved, but I couldn’t say anything. I wanted to pat them on the back and feel for them.”

On how she became a ring announcer:  “I can’t really say I specifically looked at a particular ring announcer to study. I did do my research. I looked at Howard Finkel and Lilian Garcia, who is beloved in WWE and has such a long career there. I watched the way they worked. I looked at them and thought, ‘This is the way it’s supposed to be as far as diction goes. However, I wanted to do it my own way.’It wasn’t a purposeful thing. I just allowed myself to do what felt right for me. I made sure there was an excitement I was going to create for the audience. I wanted to make it unique for each announcement.”

On her excitement for the rest of Season 3 of LU to air: “I can’t wait to continue the storyline that you guys see evolving, That is what is beautiful about Lucha Underground and what sets it apart from any product out there. Ring announcer jobs are really important, but people aren’t usually there to see the ring announcer. Now the show has given me this place and allowed me to build a foundation with the fans. They are probably the reason I’m in a storyline right now, because they follow me. It’s because of them that maybe the producers and writers thought, ‘Why not give her a storyline?’ I don’t think that would have happened in any other promotion.”

What do you think about her role on LU? Will you be watching The New Celebrity Apprentice? Sound off in the comments below.