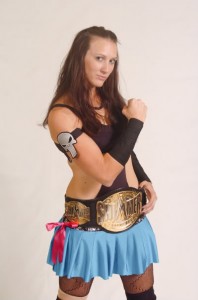 The next name (and second “gaijin”) added to CHIKARA’s big JoshiMania weekend to be held on December 2, 3 and 4 is none other than former SHIMMER and current PWWA champion, Madison Eagles! 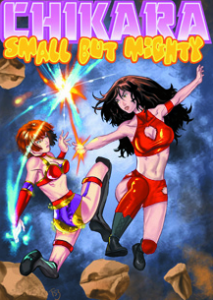 She made her return to the company in January 2011 in a match against Daizee Haze (her debut was in October 2008, teaming with Ryan Eagles and Crossbones against fellow Australian Jessie McKay, Fire Ant and Soldier Ant). Eagles was scheduled to wrestle on their “Klunk in Love” and “Small But Mighty” shows on October 7 and 8 but unfortunately had to pull out of the shows due to injury. McKay filled in for her on October 8, wrestling Kana. The Kana CHIKARA shows are now available for purchase on DVD.