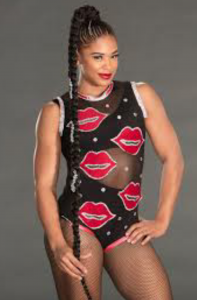 Bio: An All-American and All-SEC track-and-field performer in hur dles at the University of Tennessee, Bianca Belair was trained by Sara Amato (Sara Del Rey) at the WWE Performance Center. She competes in NXT, facing off with the likes of Ember Moon, Nikki Cross and Asuka. She signed with WWE in September 2016.

Style: Bianca is like a cross between two former WWE Women’s Champions, Jacqueline and Jazz, nothing but power and agility.

What to Watch For: The Hair Whip finisher

Biggest Strength: Power and agility. It comes from her background as a track and field star at the University of Tennessee.

Biggest Weakness: Selling. Bianca’s selling ability is stiff and her timing is not good. Definitely needs to work on that.

Summary: Bianca has some potential to be a star in this industry, but she needs to improve on her selling and timing. If she does that, she will be a breakout star for WWE in the months to come. 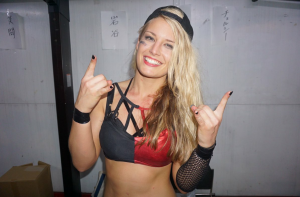 Bio: A student of Mason Childs for Impact Pro Wrestling in Australia, Toni Storm is known to put her best effort in. A current Stardom World Alliance Champion and PROGRESS Women’s Champion, Toni is a rising star in the independent scene.

Style: Toni is a total technician, and has good ring psychology to bit.

What to Watch For: Strong Zero (Piledriver)

Biggest Strength: Agility. Toni may be small in stature, but she makes up for it with her uncanny speed.

Biggest Weakness: Her height. Remember, Toni is listed as 5’5” and she will have to have taller opponents, but she is up to the task.

Summary: What Toni Storm lake in size she makes up for it with her speed and agility. She also has natural charisma and a passion for this business. Look for her to be competitive throughout the tournament.